Purpose: To advertise city's port, geographical position and potential for trade with West Indies and Central and South America in effort to recapture its "former commercial position", Charleston's prosperity having lagged behind that of many other southern communities.

Site: About 250 acres composed of old Washington Race Course and "the beautiful farm of Captain Wagener generously placed at the disposal of the Directors...for three years without rent or...restriction."

Participants: Lack of original interest by Congress plus construction delays seriously affected both domestic and foreign participation. Ultimately, 20 states represented along with Alaska, Guatemala, Cuba and Puerto Rico. Five of former, all of latter and Cincinnati and Philadelphia erected own buildings. "Best" of Federal exhibits at Pan-American Exposition, Buffalo were brought in, originally at local expense and included Mint Exhibit.

Comment: General building design and grounds were of "typical southern character and motif" and entire project was dubbed "Ivory City." Liberty Bell, popular exposition item of that era, was on display; statuary was "outstanding"; there was "artistic illumination" (electrical).

Medals: It has not been possible to establish which of medals below was considered Official nor which might have been struck in Mint Exhibit on grounds. 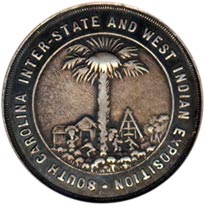 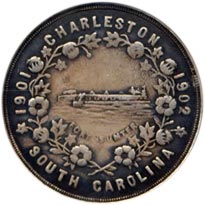 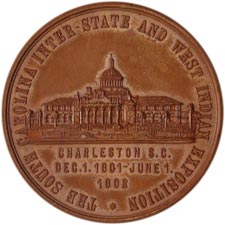 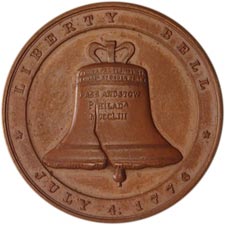 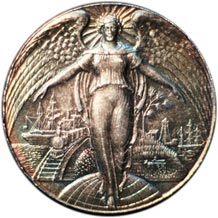 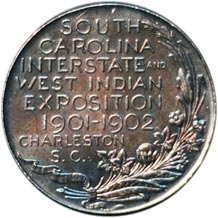