National Statuary Hall created 1864 to occupy former hall of House of Representatives; states invited to contribute not more than two statues of distinguished persons worthy of national commemoration. In 1933 number of statues in Hall itself limited to 48, others to be placed elsewhere in Capitol. By 1960, total of 79 statues had been contributed by 42 states. Most issues of this general type were of official nature, cost of statue being met by public contributions. Considerable revenue often was derived from sale of medals and other souvenirs commemorating event. 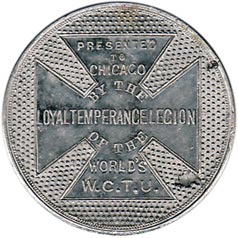 Obv. Young girl stands on pedestal, facing l., holding in outstretched hands a basin, from which water pours; to l., around, Willard Fountain; to r., around, Chicago 1893; beaded border.
Rev. Within Formée cross, Presented / to / Chicago / by the / Loyal Temperance Legion / of the World's / W.C.T.U.; dotted background; beaded border. 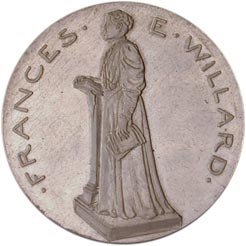 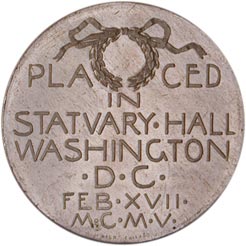 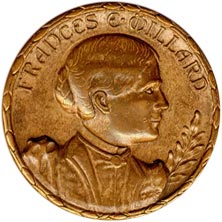 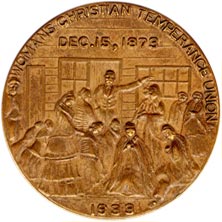