WORLD WAR I, VISIT OF OUR ALLIES
1917
AND THEIR GUARD OF HONOR,
VETERAN CORPS OF ARTILLERY OF NY

These medals were by Thomas L. Elder (see Part III for Elder biographical sketch). On. Feb. 1, 1917, Germany began unrestricted submarine warfare; next day United States severed diplomatic relations and on April 6 declared that state of war existed with Germany. Following month, or on May 9, Marshall Joffre of France and Hon. A. J. Balfour of Great Britain, each accompanied by distinguished staff, visited President Wilson to expedite war effort. Their arrival in New York en route to Washington was festive occasion.

Hardly had our entry into war been announced when Elder, intensely loyal to everything American and then age 40 promptly joined Veteran Corps of Artillery of New York, originally organized 1790. Seldom requiring much, if any, inspiration to strike new medals, Elder seized opportunity to produce these particular issues. For obverse of both he used Confederation vignette which appears on $40 bills issued by Continental Congress, 1778-1779. All Elder issues were limited and these medals extremely so; even Aluminum is quite scarce.

VISIT OF OUR ALLIES 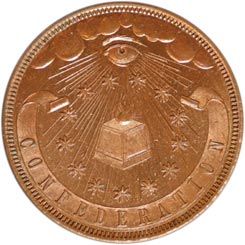 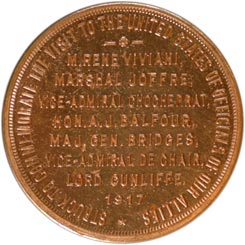 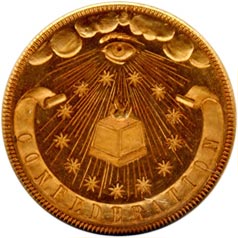 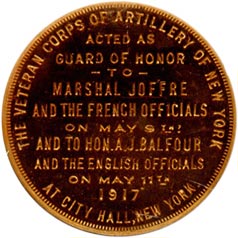