Most issues of this general type were of official nature. Local statues and monuments usually were financed by public contributions. Considerable revenue often was derived from sale of medals and other souvenirs commemorating event. 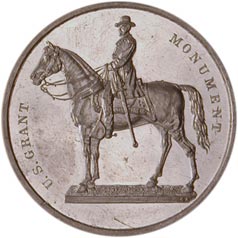 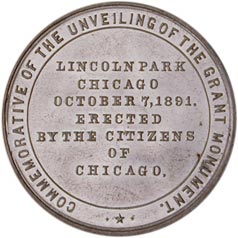 Obv. Male figure on horseback l.; to l. U. S. Grant, to r. Monument.
Rev. In center circle, Lincoln Park / Chicago / October 7, 1891. / Erected / by the Citizens / of / Chicago.; outside, around Commemorative of the Unveiling of the Grant Monument.; at bottom * 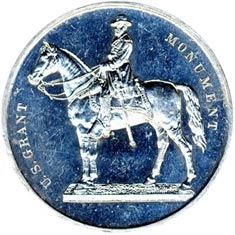 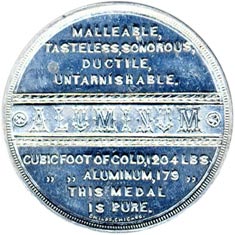 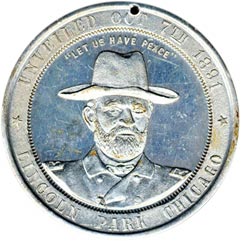 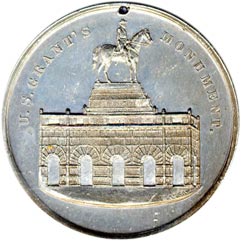