Commercial Club of Louisville, claiming then to be "largest organization of its kind in America" with membership of over 3,100, organized and financed Exposition to develop "electrical art in...the Southland." Held April 12-24, 1909 at Jefferson County Armory, Louisville.

This was Official Medal; issue quite limited; designed by Club; struck by Greenduck Co., Chicago. 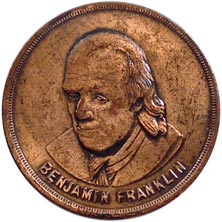 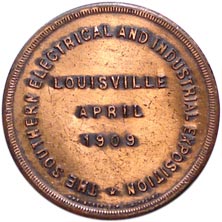