Medal issued by company; presented to persons visiting plant during open house anniversary celebration, Sunday, July 26, 1953. Designer unknown but issue struck in North American's own plant, Department 2. First 100 medals struck, Type II below, counterstamped with large numeral 2, some on obverse, others on reverse; used as samples both for approval by company executives and to test dies. 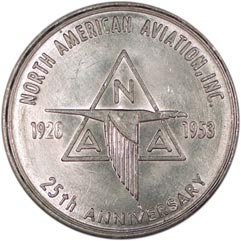 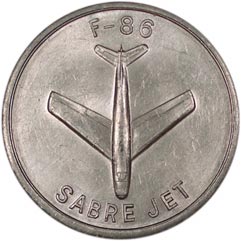 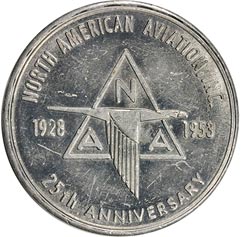 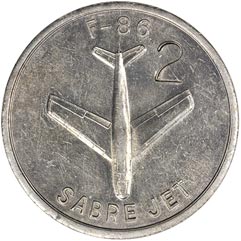 Obverse and reverse identical with above, except one side or other bears large counterstamped numeral 2.