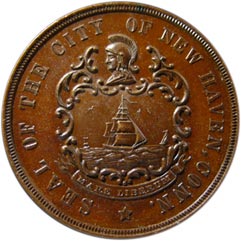 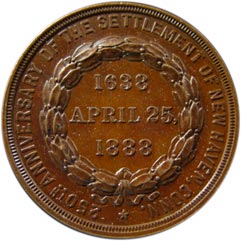 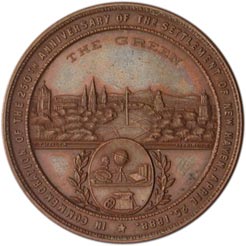 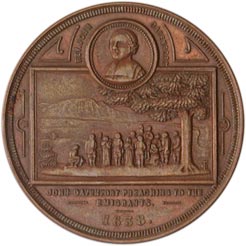 Obv. Within beaded circle is panoramic scene of buildings and trees; above The Green; below microscopic C. Theiler Meriden, Ct; below (in smaller circle) several scientific and educational instruments, with branch at each side of circle; outside, around In Commemoration of the 250th Anniversary of the Settlement of New Haven, April 25 • 1888 • *
Rev. Within small beaded circle at top, bust l.; to l. Rev. John, to r. Davenport; below within rectangle, scene of group of people beneath a tree; outside, below John Davenport Preaching to the / --Emigrants.-- / 1638.