Beginning in 1955, City officials began practice of presenting this medal to certain visitors, usually people of prominence, to their meetings. Designed by Gene Albert of Harvey Aluminum Co., Torrance, CA; struck by Harvey.

Type I--Visit to the City Council

2,000 pieces issued and presented as gift to city. Council would not commit itself as to continuance of practice after original issue was depleted. 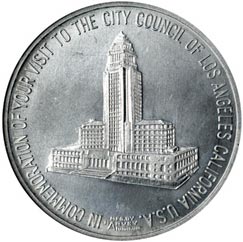 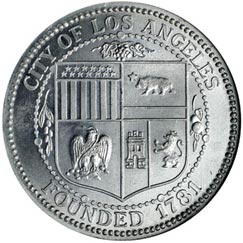 Type II--Visit with the Mayor 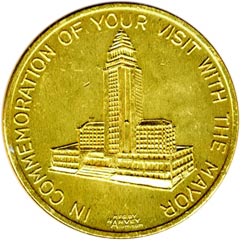 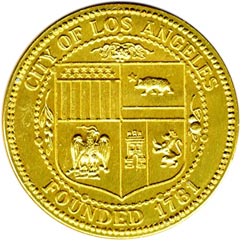 Obv. Los Angeles City Hall; legend around, In Commemoration of Your Visit with the Mayor; at bottom, microscopic Mfg. by / Harvey / Aluminum
Rev. Same as reverse of No. 724 [City Seal].